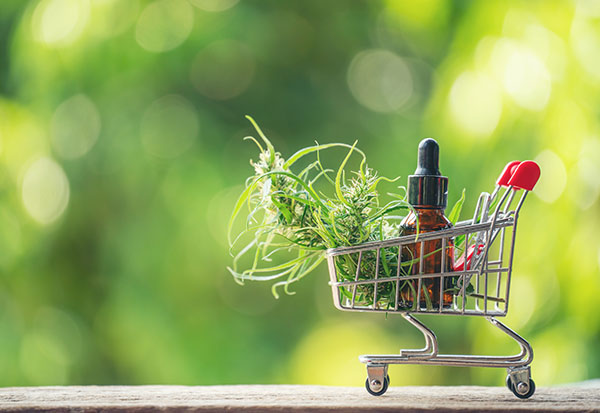 What is the Future of Seed to Sale in Cannabis ERP?

Starting with Proposition 215 and the first Medical Cannabis legalization law in California in 1996, regulatory bodies, law enforcement, and governments have been struggling to maintain control over the legal and illegal cannabis business. Even now, as the industry has exploded with over 30 states and almost 30 countries worldwide allowing either medical use or adult-use cannabis, the mandate remains how to monitor, tax and control the legal trade, while limiting the grey or black market.

In each case, the governing body has required a “seed to sale” protocol or monitoring system to record the cultivation, manufacturing, disposal, and ultimately sale of cannabis products to the dispensary or retail locations.

With a rush of a new industry, many new software companies sprung up to support the market, and, in many States, the government-mandated a specific singular platform to better collectively manage and report the data. Unfortunately, the ability to move almost all the early companies from the grey and black market into the regulated regime caused a significant hurdle for many producers to adopt. When coupled with large data and security breaches from the initial versions of the leading Seed to Sale company’s platforms, the industry and governance were caught switching between programs and creating bottlenecks in the ability of these producers to legally cultivate or move product to market.

The basics of a “seed to sale” system are similar to that of a traditional ERP, however, the particular legal requirements of cannabis production require that the product, in all forms, from biomass to flower, to extraction, to disposal, to always be recorded. Basically, every ounce of material produced, transformed, or disposed of in a facility must be accounted for. However not all cannabis is the same and a particular strain or genetic profile can vary considerably both in the yield, but also the potency and dominant cannabinoid constituents.

Further to that the cultivation methodology, be it a greenhouse, outdoor, or hydroponics, all have a dramatic impact on the yields to say nothing of the skill and knowledge of the master grower. As cannabis is often sold and therefore taxed, as a relative product of the cannabinoid strength (for example products containing above 20% tetrahydrocannabinol or “THC”) and quality of the delivered product, the basic tracking of weight was an insufficient metric to govern seed to sale.

As states and counties evolved their understanding of the intricacies of the cannabis business, new protocols were required to better track the business. Radio-Frequency Identification (RFID) tags and limited batch processing with SKUs uploaded to government portals for approval, were added to better manage the different types of cannabis businesses.

While the governments struggled to maintain control of the business and the associated tax revenue, the industry grew, and small farmers became big farms and big brands, operating over multiple states. These Multi-State Operators (MSOs) were faced with a new challenge — each state and even county may have a different seed to sales system mandated, different requirements, and different software to manage. These larger MSOs would then have silos of businesses running different systems and then a master system or traditional ERP running the collective.

Convergence in the industry has started slowly but has recently begun to gain some speed. With numerous versions of seed to sale systems in the market, companies like Akerna Corp and Helix Technologies Inc. have begun to amalgamate several systems under their own platforms. Akerna also recently announced they have developed specific APIs to communicate more effectively with METRC which has the largest install base with State mandated systems, including 13 current state agreements, for better cross-platform tracking and reporting.

The future however is still difficult to predict. The inherent nature of the cannabis industry was taking a product, predominately produced illegally, into medical and/or recreational markets. Complexity, tax pressure, and oversight have not made this a smooth road to success. The many States have large illicit production still eroding tax revenues and exposing the public to increased risk of untested and even dangerous products.

In 2019 a series of vaping related illnesses and deaths were in large part attributed to illicit THC used in these vape pens, with the Centers for Disease Control and Prevention (CDC) going so far as to claim illegal THC was “fueling the epidemic”.

For a future seed to the sales system to operate effectively it will also have to eventually be tracked and traced over the state and country borders. International shipments of THC and Cannabidiol (CBD) products are already taking place between places like Columbia, Canada, Australia, and Germany. In these cases, a Certificate of Analysis (COA) and proof of license is required, but exceedingly difficult to prove on products like refined isolates or oils which may have multiple producers’ products mixed in.

Chain-of-custody at every point on the supply chain requires a definitive indicator of authenticity and point of origin. The true provenance of material will be a collaboration between data and tags using molecular technology on the plants, oils, finished products, and even packaging. Blockchain systems, unique molecular tags, safe and undetectable by counterfeiters will pair with seed to sales systems to bring global transparency to the industry.  The future of seed to sale will need to get much smaller and much bigger to meet the challenges of a global cannabis market.

Applied DNA provides its CertainT® platform to cultivators, processors, wholesalers, and other cannabis product manufacturers the ability to use molecular technology to Tag, Test, and Track its products through its supply chain. This allows for true transparency, traceability, and trust with consumers that the claims being made are authentic and can be proven with science.

The post What is the Future of Seed to Sale in Cannabis ERP? appeared first on ERP News.